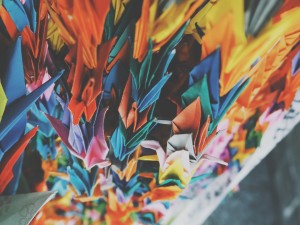 Explore famous and popular sightseeing spots in Nagasaki city, taking Nagasaki City Tram.
With a professional English-speaking guide, you will visit the Nagasaki Peace Park and the Nagasaki Atomic Bomb Museum, and historically famous gravel gardens and spectacular bridges that are close to it, as well as the beach town arcade. Leaving your morning/afternoon free to spend as you like.

Nagasaki Peace Park: It is a tranquil space that commemorates the atomic bombing of Nagasaki on August 9, 1945, which destroyed a significant portion of the city.
Atomic Bomb Museum: An informative yet sobering look at the impact of the dropping of the "Fat Man" atomic bomb on Nagasaki, this museum is one of the region's top tourist attractions and is fundamental to understanding the city's post-war fabric.
Glover Garden: Open air museum in Nagasaki that exhibits mansions of several of the city's former foreign residents and related buildings. It is located on the hill where Western merchants settled down after the end of Japan's era of seclusion in the second half of the 19th century.
Hamanomachi Shopping Arcade and Megane Bridge

from $69
Explore this Package

from $83
Explore this Package

from $184
Explore this Package

from $101
Explore this Package

from $176
Explore this Package