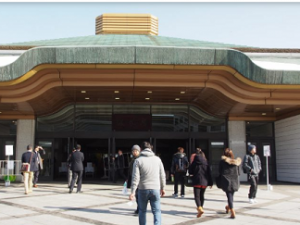 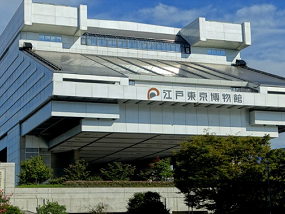 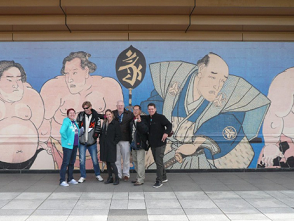 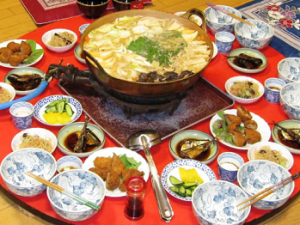 Explore the mecca of sumo wrestling, Ryogoku!!
In this tour, guests are shown around the heartland of sumo, Ryogoku, where many of Japan's sumo stables are located and the majority of sumo tournaments take place, and finish your experience off by eating the food of sumo champions, protein-filled Chanko Nabe! 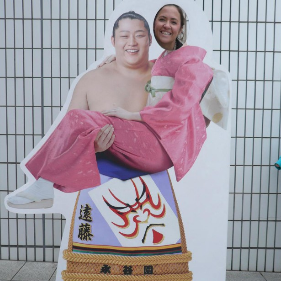 8:30-9:00 am: Meet the guide at the meeting point. Take public transport to Ryogoku area.

Ekoin Temple: This temple has a long association with sumo, having once been the main site for sumo tournaments in the area before the arena was built in the early 20th century. First established in 1657, it is also dedicated to the people who lost their lives in a major city-wide fire that same year, as well as the lost souls of stillborns, animals and those died in tragedy. Some sumo tournaments still take place at the temple to this day.
Ryogoku Kokugikan: Here you can see for yourself the setting in which professional sumo tournaments take place. A major stadium, it holds other martial art tournaments and concerts throughout the year, and is the designated venue for boxing for the 2021 Tokyo Olympics. The arena also contains a Sumo Museum (not open on tournament days) and situated nearby is Kyu-Yasuda Garden, a former samurai residence and popular park.
Edo-Tokyo Museum: One of Tokyo's must-see museums, dedicated to the history of the city. The museum takes you n Tokyo's journey from becoming the seat of Tokugawa Ieyasu's government in the 17th century to growing into the major metropolis it is today, all through the use of life-sized replicas and model towns. Permanent exhibitions in the museum include an Edo Castle zone and models of The Great Kanto Earthquake.
Lunch: Your tour guide will take you for a delicious Chanko Nabe (hotpot) meal. Chanko Nabe is a Japanese stew and the predominant foodstuff of sumo wrestlers. Though the ingredients can vary, the stews are always protein-filled and include items like dashi stock, chicken, fish, and tofu. We particularly recommend chicken Chanko Nabe*, the dish eaten by sumo during tournament season.