The Ryukyu Kingdom: A Brief History 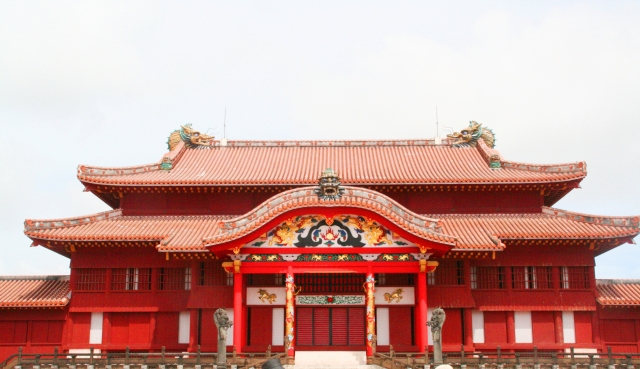 The Golden Age of the Ryukyu Kingdom spanned approximately 450 years from the mid-15th century, and was centered on Shurijo Castle in Naha.Groups began forming across the islands around the 10th century, based around ethnic and falmilial ties. Three kingdoms soon formed and fought for supremecy: the northern Hokuzan kingdom, the central Chuzan kingdom, and the southern Nanzan kingdom. The three kingdoms unified in 1429, marking the beginning of the Ryukyu Kingdom. Maintaining close ties with China, envoys, known as Sapposhi, were dispatched to the Ryukyu Kingdom on behalf of the Chinese Emperor in order to certify the succession of royal power. As a means of entertaining these envoys, it was at this time that the unique culture of the Ryukyu Kingdom, including performing arts, crafts, and food, became ever-more refined.

The Ryukyu Kingdom enjoyed prosperity through trade with both mainland Japan and Southeast Asia. At the start of the 17th century, the Satsuma clan of southern Kyushu invaded and conquered the kingdom and, while ties with China were maintained, the Satsuma clan strengthened their rule over the area.

By 1879, the Meiji Restoration (political revolution in 1868 that brought about the final demise of the Tokugawa shogunate and subsequently ending the Edo period, returning control of the country to direct imperial rule under the emperor Meiji Mutsuhito) put an end to the Ryukyu Kingdom's 450 year history and Okinawa Prefecture emerged. Towards the end of WWII, Okinawa was the site of Japan's only domestic ground battle. After the war, the region was goverened by the U.S. military for 27 years, with this heavy American influence setting the history, culture and lifestyle of Okinawa apart from that of the Japanese mainland. In 1972, Okinawa was finally returned to Japan, though U.S. influences still remain with the presence of active marine force bases dotted around the mainland. In recent years, Okinawa prefecture has experienced a boom as a popular tourist destination, with the number of visitors from both the Japan mainland, and abroad, being drawn to the laidback lifestyle and relaxing atmosphere of the area.

In November 2000, a number of sites in Okinawa were officially registered as part of The UNESCO World Heritage List, placing them in the company of such marvels as the pyramids of Egypt and the Grand Canyon. The Okinawans view these sites as important reminants in the long history, exotic culture and enduring spirituality of the Ryukyu Kingdom. The preservation and care of these sites are a top priority for both the Okinawan people and the government.